Concert vs Tenor Ukulele – What is The Difference? 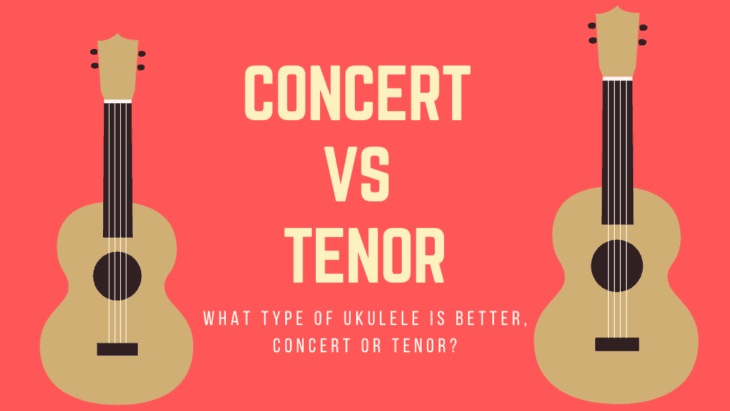 The original ukulele size over a 100 years ago was the soprano. Besides no other sizes there wasn’t much to choose from as they were relatively unknown to the world. And then kaboom the jazz scene exploded, and everybody wanted a ukulele! When musicians realised they needed larger ukuleles for better sound they invented the concert, tenor, and baritone. Each is a little larger than the next.

Besides being longer each ukulele has slightly larger fretboards and scale length. This is of course means the larger fretboards are a little easier to play and you have more notes on a longer scale. The soprano, concert, and tenor are all similarly tuned to GCEA, while the baritone is off by itself in its DGBE tuning. Most beginners pick one of the smaller three as they are more associated with ukuleles. Usually the baritone is bought after learning ukulele basics when the student wants to add another instrument to their collection. As for the soprano some first time players are worried that it might be too small, so their decision becomes a matter of concert vs tenor ukulele.

Other than what has already been shown, there is very little difference between tenor and concert ukuleles. Generally the tenor will project a little more sound, but otherwise they have more factors than size that can make them both sound great. As far as a concert or tenor uke your choice will be based on some very simple aspects as they are just not that different. Most new students are advised to start out on either a tenor or concert ukulele so picking one or the other can even be done by the flip of a coin! 😉

If you are maybe a guitar player or perhaps feel you have very fat fingers than you may be more comfortable playing the tenor. It will be an easier transition and it gives you a slightly larger fretboard to deal with. However if you look at ukulele history you will see some very large people playing very tiny soprano ukuleles. The better you get at playing the easier fretting becomes. If you feel like buying a tenor that is fine, but don’t let fat fingers scare you from a concert.

Will You Be Playing for an Audience?

This may be one of the more important factors in choosing a tenor vs concert ukulele. And they both have some pros and cons for playing in front of an audience. First a concert is closer to a soprano so it will have that more recognisable ukulele look. It will not be as small and novelty looking, but the concert is still projecting the ukulele vibe.

The tenor however will be a better uke for performance as it projects more and has more of a scale to play. If you like to incorporate any type of solo into a live routine than a tenor is your best bet. It also has a more professional vibe, as many well-known ukulele players are often seen playing this size. With all the factors of performance in the concert vs tenor ukulele battle, usually the latter will be your best choice.

Does a concert or tenor uke have a better tone? Well that can depend upon a number of factors. Yes in general a tenor is going to project more sound than a concert, but they are so close in size that other details matter. The biggest detail will be the wood it is made from, especially a solid or laminated ukulele. A laminated tenor is likely not going to project as much as a solid body instrument. Of course the nut and saddle can have a difference in sound, slight but still a change.

In a way the more important question isn’t a concert vs tenor ukulele, but a solid vs laminated wood. It would be wiser to buy a solid concert over a larger size tenor that’s not as good quality. Perhaps your final decision should come down to deeper factors like build.

Which brings us to the price, if it is no object than our advice would be to stick with a solid wood tenor. They sound beautiful, have a great projection, and look wonderful on stage. However you may have a smaller budget to work with. If money is a real issue than the concert will likely be the more affordable option. Just remember, being too cheap can leave you with a near unplayable ukulele!

So Which Is Better?

Really neither the concert nor tenor uke are better than the other. Take all the factors above and weigh them the best that you can. If all else fails try reading lots of reviews of various ukulele companies, see what people are saying. Perhaps in some brands the concert is better than the tenor and vice versa depending on the build quality and wood used. The ukulele is a such a beloved instrument that many people are more than willing to give very detailed descriptions of the good and the bad among ukes.

It can be a tough decision, and you are likely eager to get started playing ukulele right away. If you are really having a tough time deciding on a tenor vs concert ukulele, well try choosing based on aesthetics! Go to a large retailer like Amazon and search for only concert and tenor ukes, the first design, color, or wood grain to catch your eye will be your winner! In the long run don’t ‘fret’ too much as you will be happy with any ukulele regardless of the size.

About author View all posts

Multi-instrumentalist musician, composer & audio engineer. I'm playing most music instruments and I create music of different genres. More then 10 yr of experience in music production. My primary instrument is guitar, but I also play the piano, ukelele, drums and various percussion instruments. I am the Music Man. 🤟 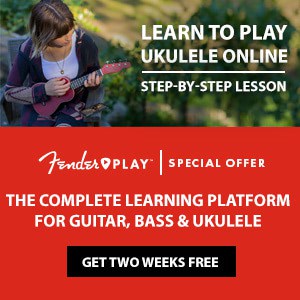